Before I tell you about the last week of my US Tour, I wanted to remind those of you in Mexico and the USA about our trip to Cuba at the beginning of November. We have half the number of people we need to sign up for the trip and we are hoping to find twelve more before the end of May – remember that we can offer a discount of $US300. If you might be interested or know of someone else who might be, please send a note to Michael on michael.emmerson@me.com or call him on his cell phone (Mexico: 55-2769-0324 or USA: 011-521-55-2769-0324). For more details on the trip, click here.

Our final week started with a really special concert organized by the Mexican Consulate in Atlanta at the Conant Performing Arts Center in Oglethorpe University. It’s a lovely theatre with outstanding technical staff and I loved playing there. Adisde Handal and her team organized a reception before the concert for a large and enthusiastic audience and we were warmly welcomed by the Consul General, Javier Díaz and the Mayor of Brookhaven, John Ernst. After the concert, and after signing a lot of CDs, we went to a wonderful restaurant Mariscos Mazatlan with Javier, John and their wives. Normally I don’t eat after concerts especially when I have to travel early the next day – but I am glad I broke my rule because the restaurant is now at the top of my list when I return to Atlanta! Incidentally, I discovered that Adisde and her husband both come from Aguascalientes so we found very special bond – Adisde was about to return for the Feria de San Marcos and I am returning in June when I will be playing the Arturo Márquez Concerto with the University Orchestra to celebrate the 45th anniversary of the Autonomous University. 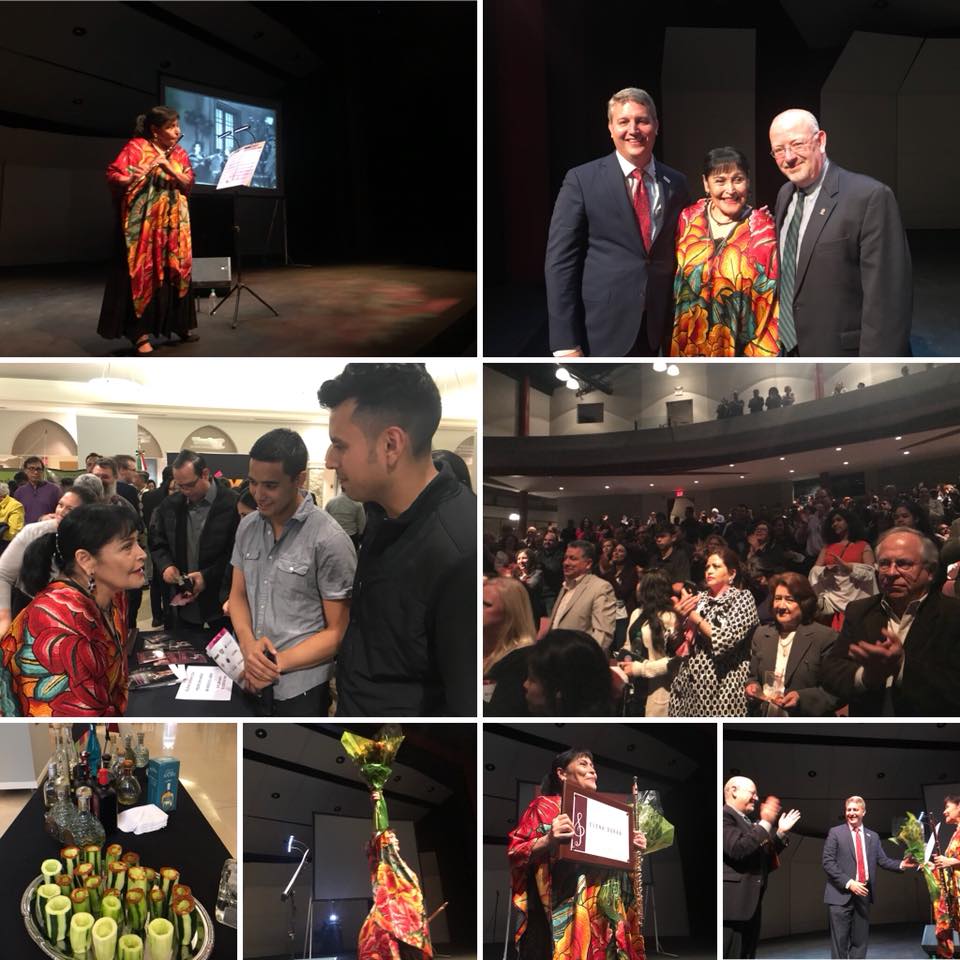 When you are ‘on the road’ you meet all kinds of interesting people. One of these was driving the Hyatt shuttle bus in Atlanta and I discovered that the driver, Dennis Butler, was a singer and had just cut a record which he played for me – I thought it was terrific so look out for “I Tried” – it was released on 7 May! Another special person I met after the concert was Shirel, a young American girl who, like me, was born and raised in America and is a daughter of Mexican parents. It was special to talk to her and encourage her to embrace Mexican heritage. When the President denigrates Mexicans so much it is very difficult for young people like Shirel because if they embrace their Mexican heritage it opens them up to potential bullying at school. I also met several young musicians and encouraged them to play more Mexican music!

Our next stop was Orlando, Florida, where we were met by Consul Agustín Gutierrez who looked after us diligently throughout our stay there. You might think that in Orlando one would go sightseeing or visit Disney World or the Epcot Center but the truth is that throughout the entire tour we had no time for sightseeing – indeed, there was almost no time even to visit a shopping mall!

The concert took place in the Timucua Arts Center at the invitation of Benoit Glazer, the founder of this remarkable organization. The concert hall itself is a real jewel with perfect acoustics – indeed, I would love to return there to record because I have never played in such a wonderful acoustic. Benoit’s son, Charles, was an exceptional engineer. 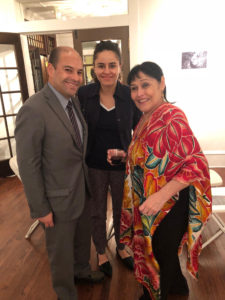 On to Miami and my final concert of the tour which took place in the Miami Hispanic Arts Center, a large and beautiful house in Little Havana. The audience was a mixture of Hispanic cultures: Mexican, Cuban, Colombian, Peruvian and Argentinian and was very enthusiastic since Pedro Infante is not just Mexico’s hero but the hero of the entire Hispanic world. Consul General Horace Saavedra and his wife Gihan, together with the Deputy Consul General Rita Vargas, hosted a delightful reception after the concert. Fernando de la Paz and Lucero de la Paz organized the event and looked after us very well as did Grace Piney, the administrator of the center, the director Eriberto Jiménez and the excellent technician Guillermo. The following day we left the hotel at 6am and returned to Mexico with United Airlines who were kind enough to upgrade us on both flights! It was great to get home again but just as we arrived we were greeted by a monumental hail storm!

This was a fascinating tour made possible by the generosity of FONCA and the Mexican Ministry of Culture, who paid for our travel. We worked with eight different Mexican Consulates and learned a lot about their work in each location. I found it fascinating that every Consulate has such different problems to deal with although it has to be said that the hostile attitude of President Trump makes their work much more difficult. Happily, SRE has excellent representatives serving Mexico and Mexicans in a very positive way. 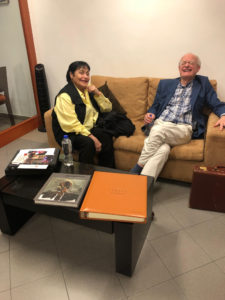 Normally, we try to build a few “down” days into the schedule after a tour in order to settle in, catch up with the laundry and general getting straight. However this time there was, as my mother-in-law might have said, “no peace for the wicked”, because the day after we got back John Rutter arrived and we had to dive straight into rehearsals for his flute concerto Visions with the Colegio Cedros Orchestra and Boys’ Choir. John is one of my favorite composers and a very dear friend. He is incredibly inspiring and it was a joy to work on this new work with him. It was an honor that he chose me to give the premier of it in this form and of course it was great to be back in Sala Nezahualcóyotl once again – one of the great concert halls of the world! 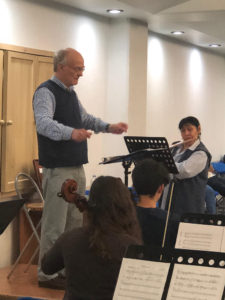 On Friday we spent the day with John, chatting, reminiscing and planning! He came to lunch and then we went for drinks with Duncan Taylor, the British Ambassador, together with British Council Director Kevin Mackenzie and his wife Alex, and then we took John to the airport. A very Mexican aspect of the day was the two hours it took to get to the Residence and then the two hours to get to the airport – however, Michael and John never stopped chatting and the time passed very quickly. John caught his flight despite the Friday evening traffic and was home feeding his swans fifteen hours later! And me? I slept!

I have one week now before I take off for Guadalajara next Sunday in order to play in the Federal Prison in Jalisco and to give masterclasses for the flute teachers and students of the three Esperanza Azteca Orchestras in and around Guadalajara.

With love to you all,